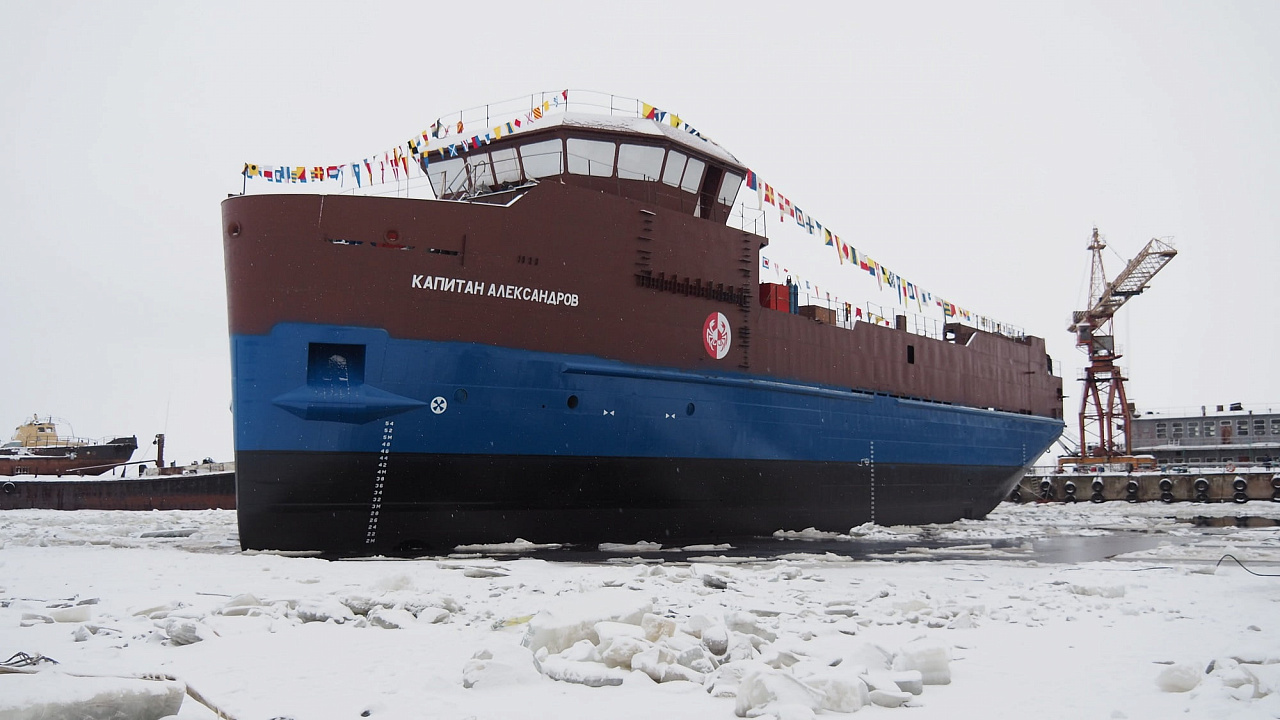 Onego shipbuilding yard in Petrozavodsk (the Republic of Karelia) launched the crab-fishing boat Kapitan Alexandrov, the lead vessel of the 5712LS project series, which the shipyard is custom-building for the largest Far Eastern crab fishery company, Russian Crab, which is the FSA member company. Construction is carried out under the investment quota program targeted at domestic fishing fleet renewal and increasing the efficiency of the development of valuable national biological resources.

The commission of new vessels within the investment quota program essentially signifies the transition from the era of "hard times" to new rules for the use of valuable biological resources, to new high standards of safety and comfort of crews at sea. The first stage of investment construction will make it possible to renew only half of the fishing fleet. The work on the fleet renewal must be continued! Some fishermen call for the construction of coastal infrastructure, including refrigerators (cold storage box). But! You can't catch a crab with refrigerators!

It elates to know that such vessels are being built in our country!

The lead crab fishing vessel was named after deep sea captain Georgy Ivanovich Alexandrov (1882–1939). Alexandrov G. I. was born into a family of seamen in St. Petersburg; he was a cadet of the Naval Cadet Corps, and a navy officer in the rank of Captain 1st rank. He served in the Far East since 1903, commanded a torpedo vessel, naval vessels (troopships). He was appointed captain of the crab fishing vessel Kamchatka in the spring of 1928. The name of Alexandrov G. I. is associated with development of the Far Eastern fishing fleet. He developed a vessel management structure, instituted the staff position of captain-director. He received military and industry awards.

The delivery of the vessel Kapitan Alexandrov to the customer is scheduled for the second half of 2022. Onego shipbuilding yard will build six more such vessels by 2024. At the moment, they are all in varying degrees of state of readiness. The project implementation will make it possible to systematically replace the operating vessels of the fleet of the Russian Crab Group of companies with more efficient, safe and comfortable for crews crab fishing vessels.

In addition to the 5712LS design series, the new fleet of the Russian Crab Group will include three crab processing vessels (factory vessels) of the 5712P series with onboard factories for catch processing. Their construction is carried out by the Okskaya Shipyard. Contracts with both shipyards were concluded following the results of the 2019 auction on fixing and allocation quota shares, at which Russian Crab Group acquired 10 lots for harvesting crab.

Russian Crab Group — Group is one of the lead crab fishing companies in Russia, the largest in the Far East. Crab harvesting is carried out by the company's own fleet. In 2022, the Group holds rights to harvest 11.76 thousand tons of crabs in the subzones of the northwestern Pacific Ocean. Russian Crab exports live and frozen cooked products to China, South Korea, Japan, the USA and the EU.

Onego shipbuilding yard was established in 2002 on the basis of the dockage facilities of the White Sea Onego Steamship Company founded in 1944. At the end of 2014, with the support of the Government of the Russian Federation, it was decided to transfer the property of the Onego shipbuilding yard to government ownership and establish a new enterprise on its basis – Onego Shipyard, the founder of which was FSUE Rosmorport.